The most accepted hypothesis for the origin of our cosmos is the Big Bang Theory, according to which a quantum fluctuation in the void created the conditions for a gravitational singularity, a point with infinite density, therefore triggering the Big Bang. The Big Bang is often improperly compared to a colossal explosion, but it actually does not destroy anything, as it is more of an expansion. Starting  from this the Universe expanded for billions and billions of kilometres in just a few moments. However, let’s be careful: the Big Bang Theory doesn’t explain how the Universe is born, since the cause of its existence is still unknown, it rather explains how it evolved and expanded from the first moment onwards.

The fact that the Universe was created through the Big Bang is still a theory, and the term itself, Big Bang, was coined to ridicule this hypothesis. In short, all that we take for granted, especially for these remote times, are theories, even if well-proven. Events so distant from us and so different, are practically alien to us, and in the case of the Big Bang we are talking about something that probably has a completely different physics from ours, and therefore is almost, if not impossible, to explain.

Anyway, the Big Bang Theory explains very well the existence of a great amount of light elements and large structures scattered throughout the Universe (clusters and superclusters of galaxies). The distribution of the latter, the Cosmic Background Radiation and the Background X-ray radiation, an extra-galactic X-ray radiation, seem to confirm the assumptions of the theory. 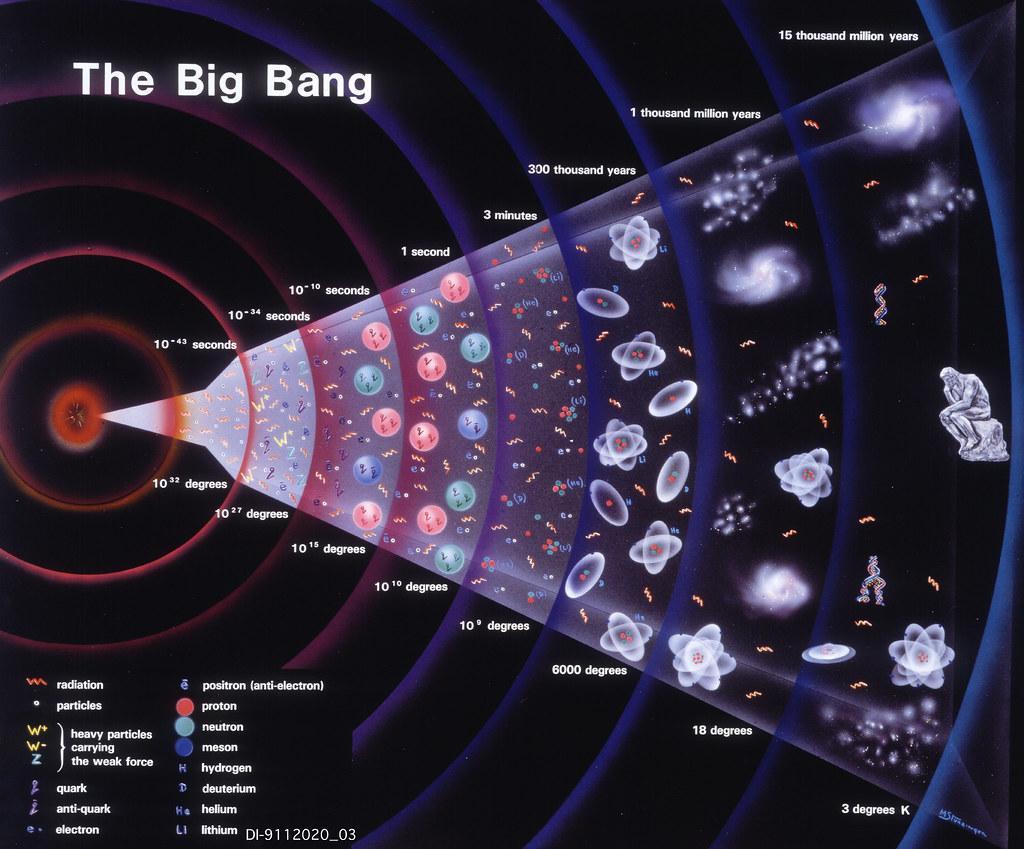