According to a part of the scientific world, the existence of many worlds would also explain a planet like the Earth and the fine-tuning of our Universe, which is the regulation of its constants in an optimal way to the creation of Life. In fact, the emergence of conscious multicellular Life, like us, required a whole series of extremely improbable combinations, coincidences and circumstances and could hence be realized only with infinite possibilities, and therefore infinite worlds, available. In the other universes, a single slight variation of these constants would make the atoms unstable, the stars would not form and, consequently, there would be no carbon nor Life.

These perfectly adjusted parameters are:

Other than the Theory of the Multiverse, to explain this perfect regulation of the cosmos, someone instead speaks of coincidence or supports the concept of Intelligent Design: the idea that behind the Universe and Life there is a conscious mind. Others, instead, argue we cannot know if Life requires these conditions or can be formed in any other way (there may be forms of Life not based on carbon) and therefore we cannot even say with certainty that the characteristics of our Universe are perfectly adjusted to it. 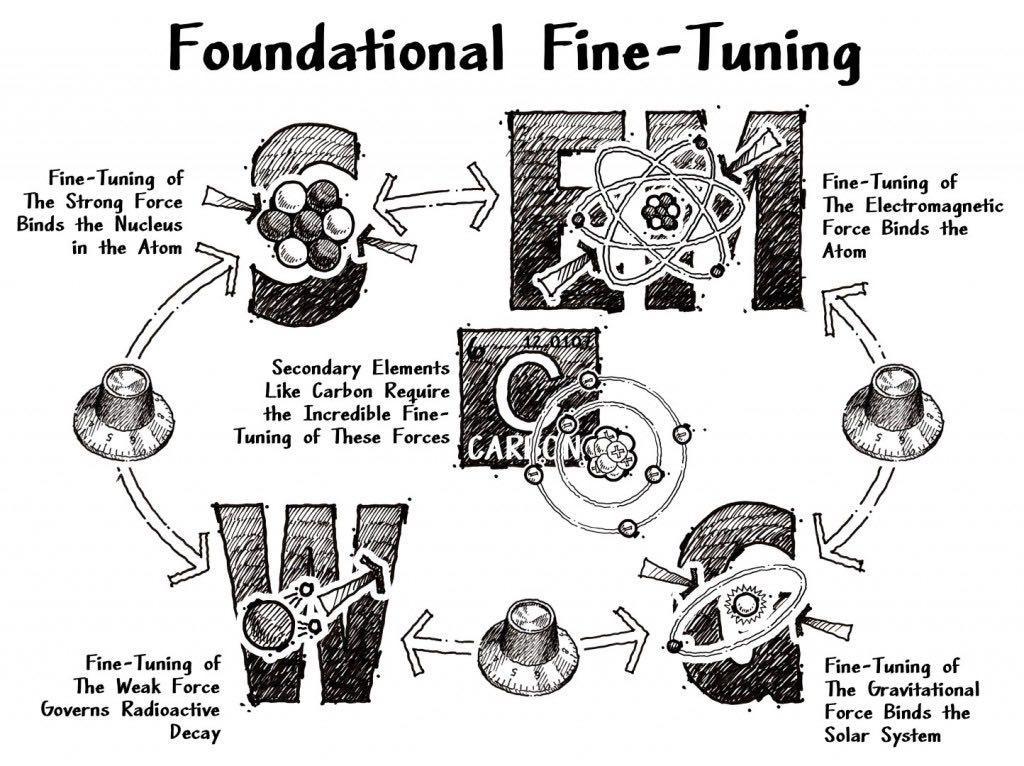 How the four fundamental interactions are perfectly set for Life