A gravitational singularity is a point where the density of matter generates an infinite temperature and pressure, and therefore the curvature of spacetime tends to an infinite value and breaks apart.

Such a phenomenon is not encountered very often, indeed it is very rare. Currently, it can only be found at the centre of black holes. It is hypothesized that in the past it materialized with the Big Bang, in the first instant of life of the Universe, and some  believe that in the future it will return with the Big Crunch.

Neither general relativity nor quantum mechanics can explain the singularity and the Big Bang. Also because quantum mechanics does not allow particles to take on a space smaller than their wavelength, but at the beginning of the Universe everything was within a single point. Briefly, the gravitational singularity is a nice headache that has also given rise to science fiction theories, according to which the various singularities scattered throughout the cosmos are ways to communicate with parallel universes, shortcuts to travel in the cosmos or even time machines. Unfortunately, for us only one thing is certain: we cannot know anything about what happened before the Big Bang, also because most likely time was born at that moment. 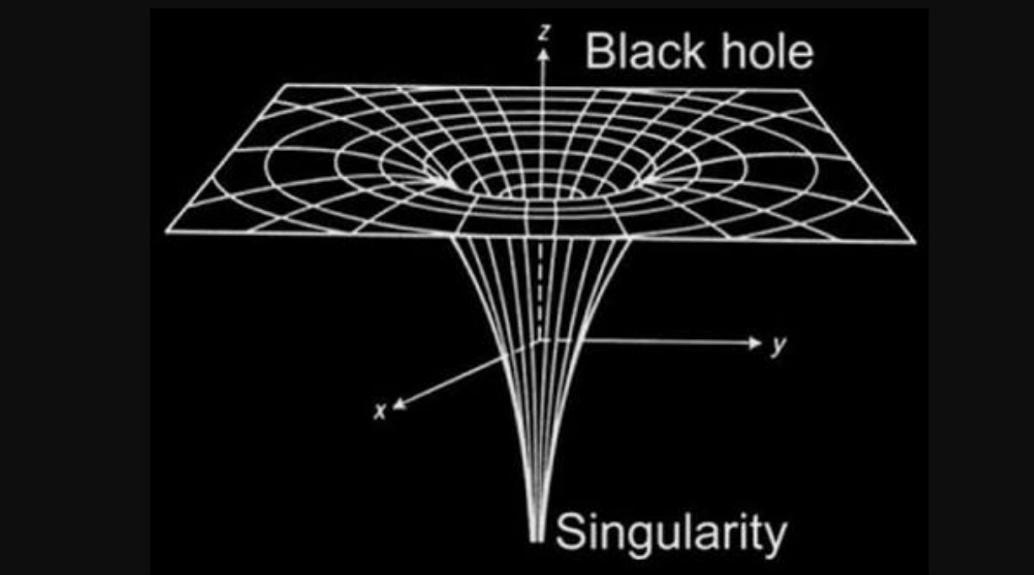 A singularity inside a black hole

GO BACK TO BIG BANG THEORY