As you can see better in its pages, String Theory tells that matter is composed of tiny vibrating strings in an 11-dimension space. They can aggregate into 3D, or more, membranes inside a larger space, and each membrane could be a distinct universe. The Big Bang, indeed, would have resulted from the collision between two or more membranes.

The infinite parallel universes would then exist in the same dimensional space vibrating at different frequencies. Each of them has an independent number of dimensions, ranging from a minimum of four to a maximum of 11. If the dimensions are four, they correspond to spacetime: then our spacetime would be shared with a practically infinite number of parallel universes and with physical laws similar to ours. The great novelty of this theory is that universes are not placed in parallel dimensions, but in the same physical space. 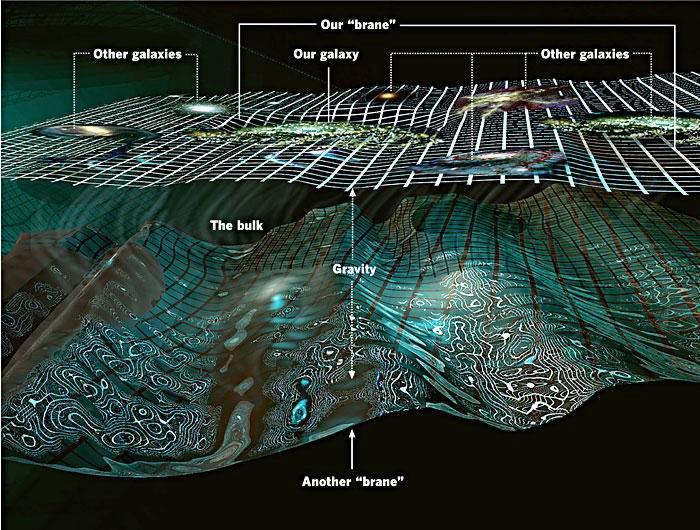 Universes as brane in the String Theory multiverse