DESTINY OF THE UNIVERSE - 1

This is one of the most accredited hypotheses and deems that the Universe will expand until the heat is almost completely dissolved: therefore, temperature will tend more and more to the absolute zero. Such a scenario, if there were no dark energy, would only be compatible with an Open or Stationary Universe, but, under certain conditions, it could equally occur in a Closed Universe. In this model, stars normally form for about 1/100 trillion years (ten followed by 11 or 13 zeros, so in 1012  or 1014 years), but at some point, the gas necessary for their formation runs out. The stars, lacking their fuel, stop emitting light and the cosmos becomes darker and darker. It is assumed that black holes will dominate the Universe, which in any case will be destined to disappear. 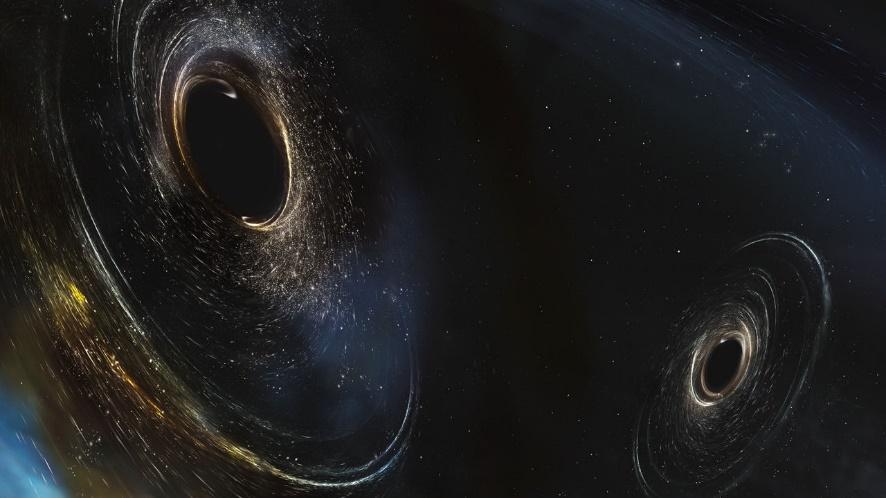 A scenario related to the Big Freeze is the Thermal Death, or Entropic Death, of the Universe, in which everything arrives to be uniformly distributed and therefore there can no longer be processes of information exchange, one of which is Life.

According to Conformal Cyclic Comsology, at this point the energy level would be the same as before the Big Bang, and therefore a new universe could be born in an infinite cycle in time, but not in space. Also, according to this theory, the acceleration of the expansion of the Universe is due to the thrust of the future Big Bang and rebirth of the next universe and not from an indeterminate massive amount of dark energy.

This model is compatible with the Open or Stationary Universe but demands the achievement of a certain minimum temperature.