The interpretation of the origins of the Universe is a borderline matter, somewhere between science and philosophy: the possibility of empirical validation of the various hypotheses is often difficult, if not impossible, given that the conditions of the Big Bang and the instants following it cannot be recreated again.

Many theories have followed one another, including the Big Bang, which is the most accredited one, yes, but it is still only a theory because on its own it cannot give all the necessary answers. If for millennia cosmogony, the birth of the Universe, has been more material for myths, religions and philosophy, three scientific models are formulated in the twentieth century:

In general, as far as the structure and destiny of the Universe are concerned, it is believed that the amount of dark energy that exists and how much it is connected to the expansion of the Universe itself, is fundamental. The most recent measurements seem to indicate that the factual nature of the Universe is flat, or very close to being flat, also because galaxies are moving away from each other. According to the Big Bang Theory, the fate of the Universe would be the Big Freeze. 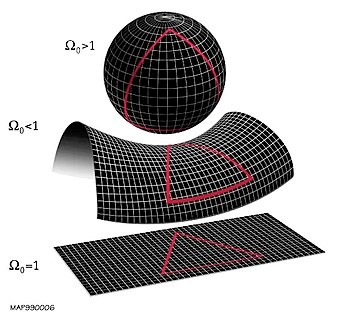 The three models of the Universe: Closed, Open and Stationary